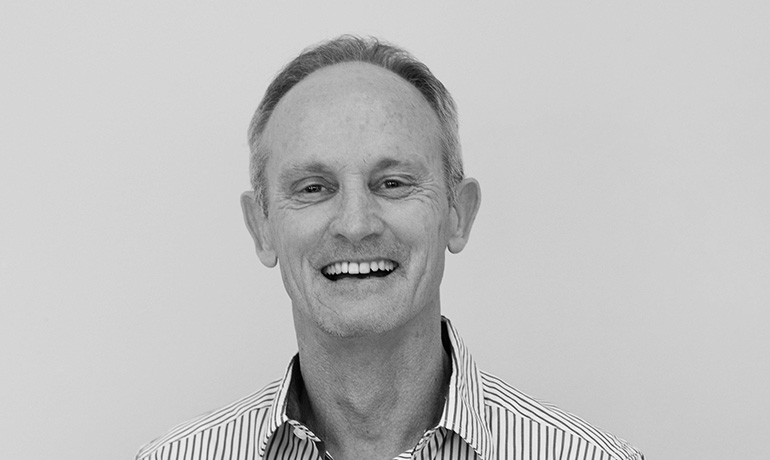 Dr Raoul Scholtz is an Ophthalmologist who has a keen interest in vitreo-retinal surgery and ocular oncology.

After completing his schooling at Kingswood College in Grahamstown, he studied Maths and Chemistry through the University of South Africa, before doing his undergraduate medical training at the University of Cape Town. He graduated in 1981, and this was followed by 7 years of general medicine, including a Diploma in Paediatrics at the Red Cross War Memorial Children’s Hospital in Cape Town.

He was accepted as a registrar in Ophthalmology at the University of Cape Town, Groote Schuur Hospital and completed his FCS (SA) in Ophthalmology in 1992. He was then offered a consultant post, and was involved in the Retinal Clinic and Ocular Oncology Clinic for many years, initially as full-time consultant, and later as a part-time consultant. His mentors in the Ocular Oncology field at Groote Schuur Hospital included Prof. Ross Sealy, Prof. Clare Stannard, and Dr. Karin Lecuona, all of whom have published extensively in peer reviewed journals.

He has been involved in many clinical trials, and is an active member of the South African Vitreo-retinal Society. In 2018 he was co-speaker at the SAVRS meeting, presenting a paper on Choroidal Melanoma. He is on the SAVRS Academic Advisory Committee, assisting with the development of protocols.

He is a member of The European Society of Retinal Specialists, and regularly attends these international meetings and the Ocular Oncology workshops. He is registered on the “Eyecancernetwork” website.

With the assistance of Dr. James Rice of Groote Schuur Hospital, he has been involved in improving techniques of endoresection of Choroidal Melanoma.

Dr Scholtz practices from Melrose House in Claremont, Cape Town, together with Drs Andrew Ivey and Steven Lapere. He operates at the Life Peninsula Eye Hospital, in Claremont, and serves on the hospital board. He is excited to be joined by Drs Lapere and Mustak, to continue the Ocular Oncology service in South Africa, supported by Dr Karin Lecuona of the Ophthalmology Department, and Dr Julie Wetter of the Radiation Oncology Department of Groote Schuur Hospital.

Raoul is a keen trail runner, mountaineer, and cyclist, always accompanied by his wife, Ruth. He is the only Ophthalmologist in the world who has done an appendectomy under local anaesthetic in Antarctica!